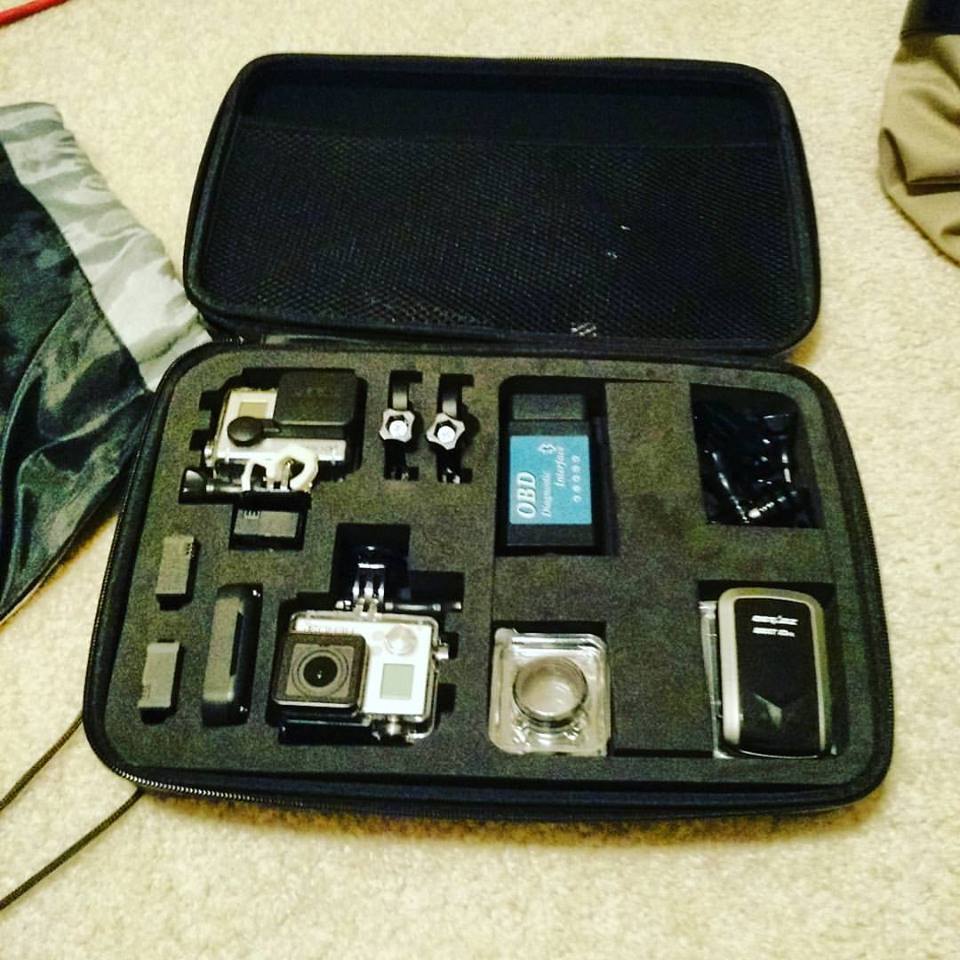 Why I Chose This Case:

I was looking for a more effective and organized way to carry my GoPros and accessories. My main criteria was to find a cost-effective case that could support 2 GoPros and my most commonly used accessories.

I ended up purchasing this case:

At $26, it was a little more than other options, but given that the outer shell is made of a firmer material and the foam inside is a material with less give, I think the price premium was certainly worth it.

What I Thought Could Be Improved: 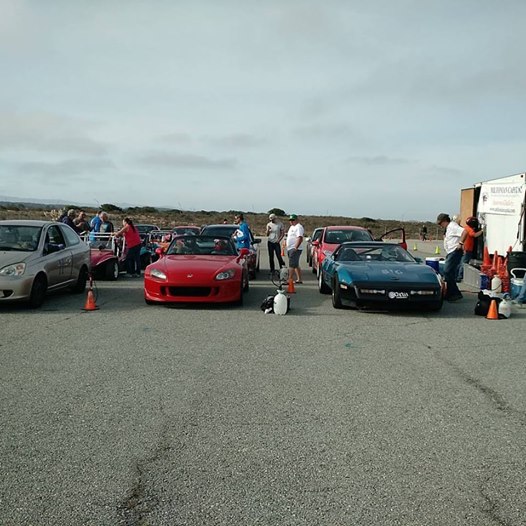 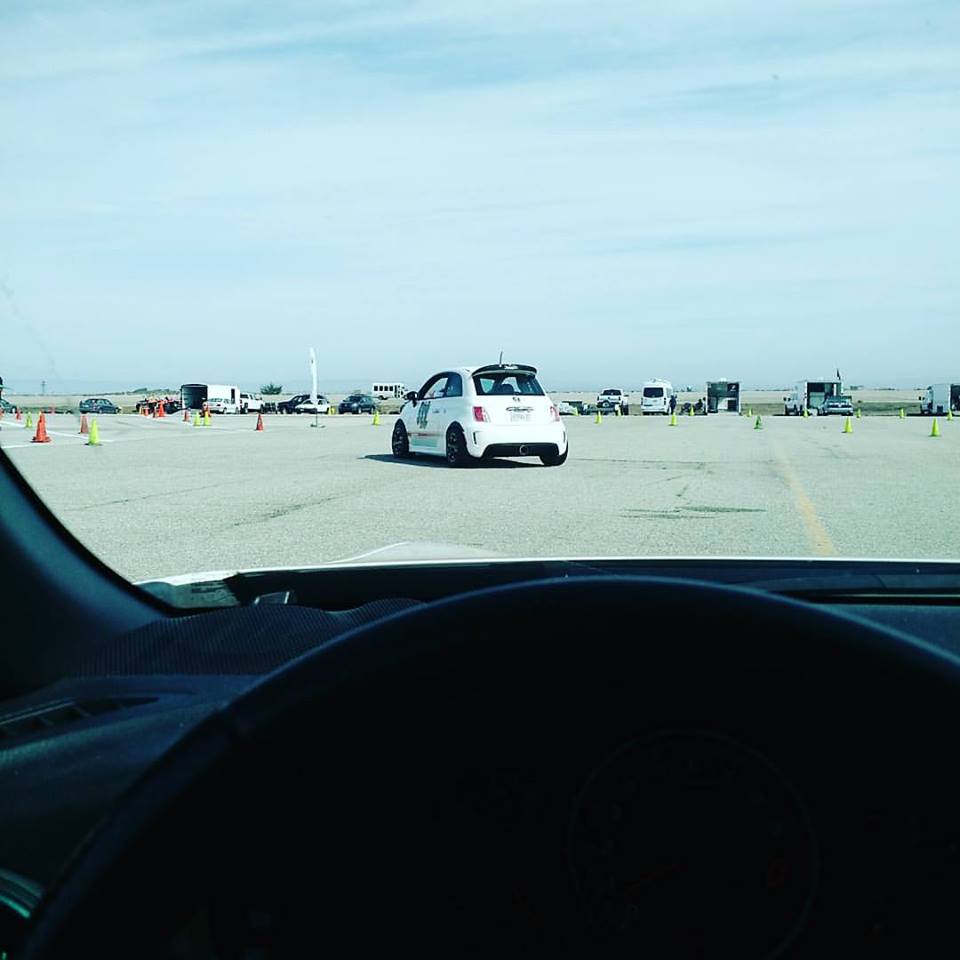 Ever since I got back into the Impreza, I’ve thought about how I could get the car back into tip top shape. The Impreza has been a solid platform for many years despite the power, the slow transmission, and degrading components.

Over the last few days, I’ve thought about either replacing and/or upgrading the current suspension components. The Impreza currently utilizes Stance Coilovers, but their age is really starting to show. Though the set-up has served me well for many years, it is really showing its age. I can hardly complain, though. The set-up has lasted me 60-70k miles, 2 track days, and several seasons of autocross. Not bad at all!

I’ve really tossed around the idea of replacing the set-up with the KW Variant 3’s, ST Suspension (KW’s budget line), or sticking with Stance. Each has their pros and cons. KW V3 is a proven set-up, but comes with a big price tag. ST’s price tag is a bit less, but offerings is limited for the GC platform. And Stance offers the best value for the buck, though I feel the shock is no where as good as the KW V3.

Unfortunately, coilovers will have to wait as there are other priorities, but it is certainly something to think about.

I’ve been looking at a decent GoPro carrying case. As some of you might know, I utilize two GoPros and a bunch of other accessories to record my autocross runs. I have a small camera case right now, but it isn’t really big enough to hold the second GoPro.

I was thinking about this one:

I think this one will be perfect. I am a little hesitant about the price though. There seems to be similar products, but for half the price. I think this case will be enough for my:

What does everyone else use to carry their action cameras?

Next autocross event for me is this Sunday at Marina with AAS. I am still not quite sure what I am going to drive, but we’ll figure it out this weekend. It is currently a toss up between the BRZ and the Impreza. Event info can be found here: http://www.americanautox.com/run-group-info/runwork-groups-for-round-12/

Next Sunday will be the SFR Slush Round 1 at Marina as well. I am planning to drive the Impreza for the all the Slush events. Hopefully it holds together. More information on this event can be found here: http://www.sfrautox.com/?page_id=162

If I make it to these next two events, I’ll have autocross for three straight Sundays. Talk about a lot of autocrossing and having a problem. 😛

For me, Marina Municipal Airport is 1.5 hours away. When I first started autocrossing many years ago, there were 3 or 4 main sites, and the events rotated between them. 3 of the sites (Candlestick, Golden Gate Field, and Oakland Coliseum) were in the Bay Area, while the last, Marina, was located toward Monterrey. All were very accessible from anywhere in the Bay Area, though some places were further for some than others.

Golden Gate Field’s surface was the same story. Site is still there, but isn’t used.

Great America’s parking lot was added as a site for a time, but is no longer available as Levi’s Stadium now resides on the area we were parking on.

Oakland Coliseum still seems to be a site option. The surface has degraded quite a bit, but still very much usable.

Marina, for the time being, is still available for use. Not quite sure what is going on with Marina Motorsports, but for this calendar year, the site is still being used for autocross.

Crows Landing was recently added a few years ago. The weather can be brutal in the summer, and there is a small price premium, but the site seems to be the most appealing site.

This past season, all the events were either at Marina or Crows Landing. Both are 1.5 hours from me. That’s a lot of driving for each event. The good news was that Dennis and I were able to work around that by co-driving and carpooling. However, it is still tough, especially for those times where we have to wake up extra early to get to the site.

Hopefully next year we could get some closer venues to help with the distance.

As you might have noticed, I survived yesterday’s event. Talk about a long and exhausting day! All and all, had a great day even though we had to cut out early. Despite the brutal weather, the autocrossing, the food, and the company was awesome!

Our day started out a little hectic. Most of us ran late. By the time we got to Marina, we ran out of time to walk the course. It was a really rushed morning just trying to meet up on time and arrive with plenty of time to get going, and that seemed to be true for the other competitors as well. The tough thing about Marina is that it is 1.5 hrs away. The drive itself isn’t so bad, but waking up early to leave is really tough. We were planning to leave sharply at 6:45, but didn’t really do so until about 7:15. Life happens. 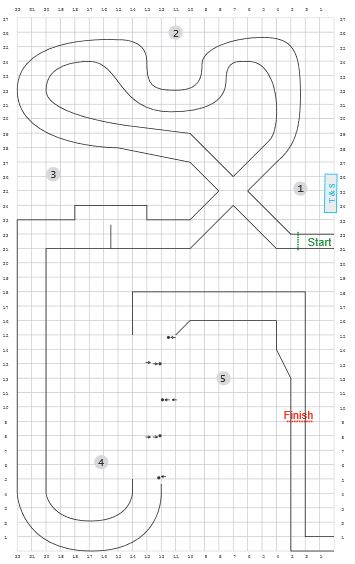 Autocrossing the Impreza again was a lot of fun. It certainly does gives perspective to autocrossing the BRZ. The platform is very confident. It’s a very straightforward platform. Unfortunately, it doesn’t make as much power as it use to. It seemed like Melanie had a blast driving the car. I had a chance to watch her drive from the grid and does the car look smooth in the transitions and turns! She actually did really well. Her best time was in the 51’s after the first session of the day. Not bad at all for a second event.

My runs were not as exciting. My best run was a 46.7xx. All six runs were within half a second of each other. I just couldn’t find any more time in the car. I did have a blast driving it again and learned some new things about the car. Hopefully, I can take what I learned and apply it to driving the BRZ.

The Impreza, though extremely fun to drive, is starting to show its age. It doesn’t quite have the same kick that it used to. I think both starting section and the long straight was a huge disadvantage to the car. The car just couldn’t pull, and that’s where I think time was lost.

Plans for the Impreza

I am not quite sure what I plan to do with the Impreza, but I think a new drivetrain is in its future. I am not sure if I want to do a EJ25 NA, an EJ22 NA, or if I want to do a WRX conversion. I am leaning toward WRX conversion, but am a little hesitant on the price tag of that project. I don’t really expect the car to be competitive. My end goal is to get the car back to be 100% functional.

Here’s how I see it.

Rebuild or Remanufactured EJ22
Pros: Original motor. No need to do conversion work.
Cons: Slowests of the three options.

EJ25 Swap:
Pros: More power. Not as involved as a WRX conversion. Doesn’t cost as much as a conversion.
Cons: Some work needed. WRX conversion may not be that much more. And I would like to convert the Impreza to a manual transmission.

In other Impreza related news… I think I need to re-evaluate the alignment… My front tires’ outside shoulder is get worn out quicker than my rears. I think I might need to add more negative camber to the front. Maybe the next alignment or something. Until then, I will just rotate my tires.

I think my next event will be this Sunday with AAS. Not sure what the plan is. I am kind of torn on what I want to drive. I do want to drive the Impreza or my BRZ, but if carpool was an option, I would rather do that.

The Sunday after, I’ll be out with the SFR SCCA and will be driving the Impreza.

That’s all for now. Happy Moanday, everyone!

Nationals are over and autocrossing is now back to its regular schedule! Yay!

We are 5 days away from the next event! A group of friends and I have signed up for the Lotus Club event at Marina on Sunday. I have to say that I am relieved that autocrossing is back! Not autocrossing for several weeks was driving me crazy!

I don’t really have any plans other than to enjoy myself. The plan is to autocross the Impreza this event. The car isn’t all that fast, but it is fun to drive! And hopefully, it doesn’t break! This past weekend, despite what my mom told everyone, I was actually productive. I was able to make a new set of magnetic numbers and letters. I picked up a few items I needed such as rope to tether the canopy, weed sprayer to cool tires, and magnetic vent covers to make the magnets.

The magnets came out great. I ended up reusing the numbers, but had to cut new letters for the class. Since the vent covers only came in white, I had to spray paint them black to contrast the white exterior of my car. All and all, they came out well! I think start to finish took about 30 minutes. 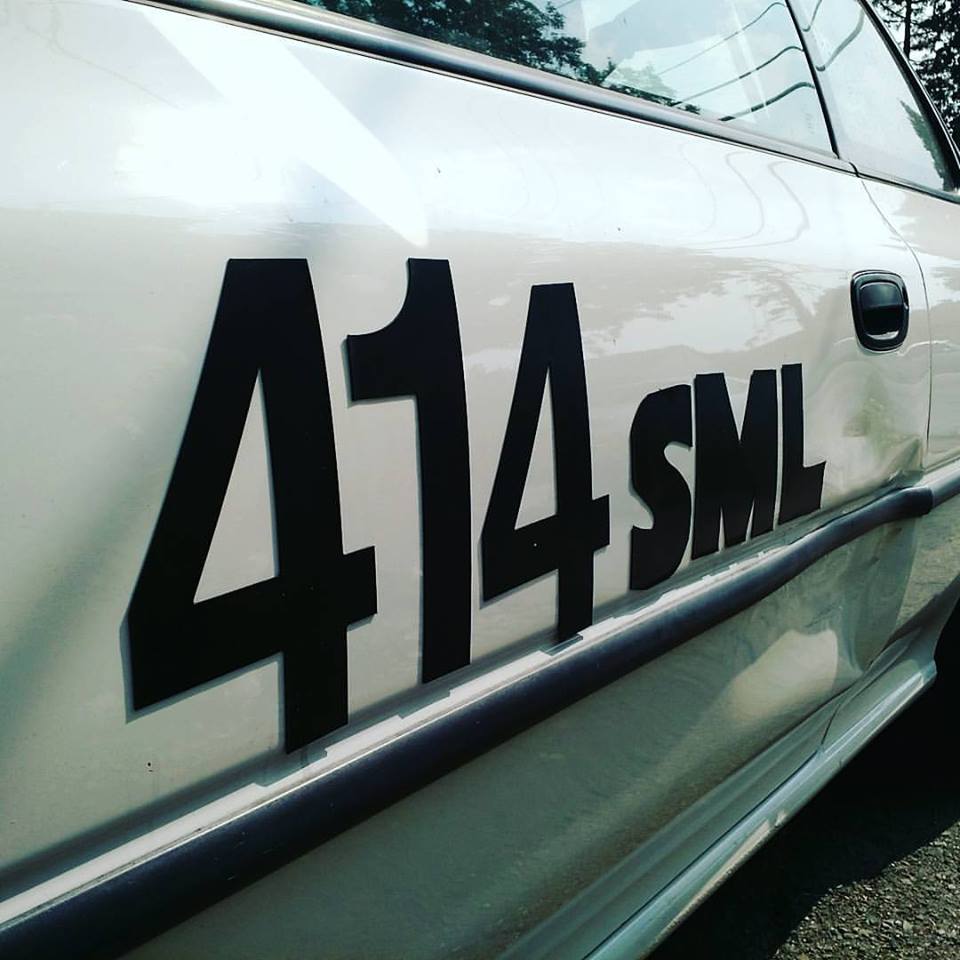 Yesterday after work, I also rigged a seat cushion insert for Melanie. The problem with bucket seats is that is specifically catered to someone. Everyone has different bodies. The problem is that the bucket seat in the L works great for me, but not for Melanie. And it doesn’t help that the seat doesn’t recline. The cushion is kind of primitive right now, but I definitely think it will do. I’ll probably steal some more foam from work and make adjustment as needed.

That’s all for now!