For the better part of the last few weeks, I’ve been working on my LAN Party Server. As nerdy as that sounds, the experience was actually worthwhile. 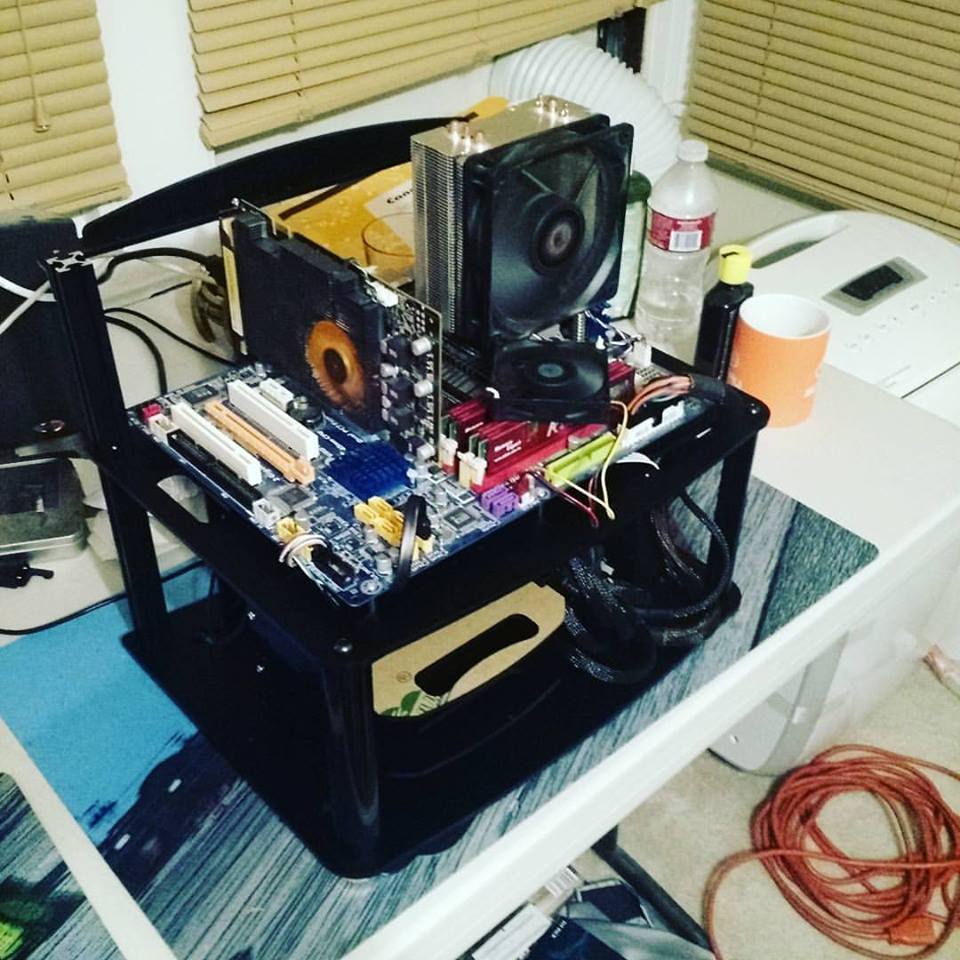 Full disclosure, I hate Linux and anything related to it. With that said, my co-worker decided to set-up CentOS 7 on the system. Once we loaded the OS, we began downloading and configuring the various game servers. There’s a great site that will allow you to download, install, and launch a bunch of dedicated server in Linux.

You can find it here:

After having all the games installed, we noticed that the commands was super confusing. Launching the game was a pain in the butt. From there, I really started my big project. I ended up scripting a launcher that could… well… launch and shutdown the games.

The script originally started at 3-400 lines of code. I looked at the code again and noticed that there was a better way to do things and implemented that. Once that was done… I was able to trim away half down to 200 lines.

As I got more and more into the dedicated game server, I noticed that I needed to add additional functionality to the script. Form there, the code ballooned up to its current state of 600 lines. Mind you… this script is fairly robust. It has all your typical server functions (start, stop, restart, edit config file, update, etc.), but also has several server tools that would allow you to do mass edits over all the games.

Here’s the current state of the launcher script: http://www.kimete.com/launchernewest.sh 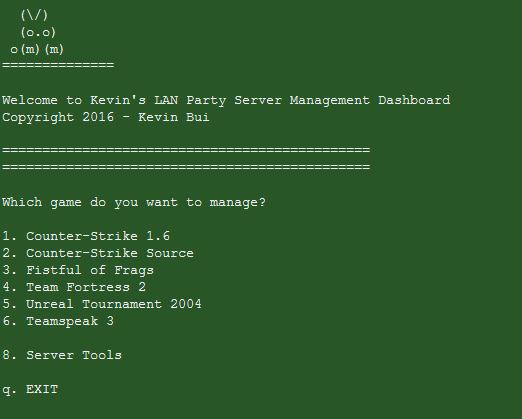 As for the server, we were able to set it up with an ftp service as well as configured teaming to allow more performance and bandwidth out of the 2x gigabit ethernet ports.

As for the LAN Party… the server did great. Everything ran smoothly. I was able to control the server from SSH with little issues. And it seemed to host the games just fine.