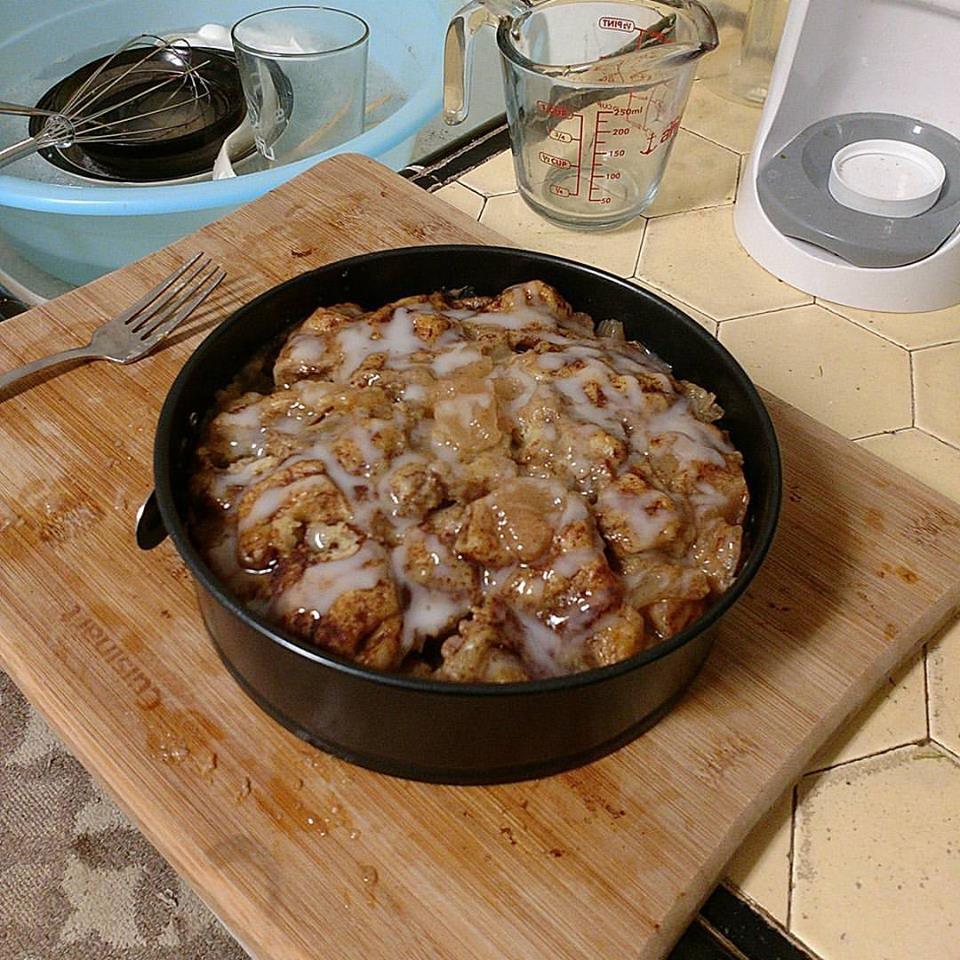 Notes: I used the combination of the three source recipes to come up with this recipe. Instead of making my own apple pie filling, I chose to buy the pre-made filling to keep ingredients to a minimum.